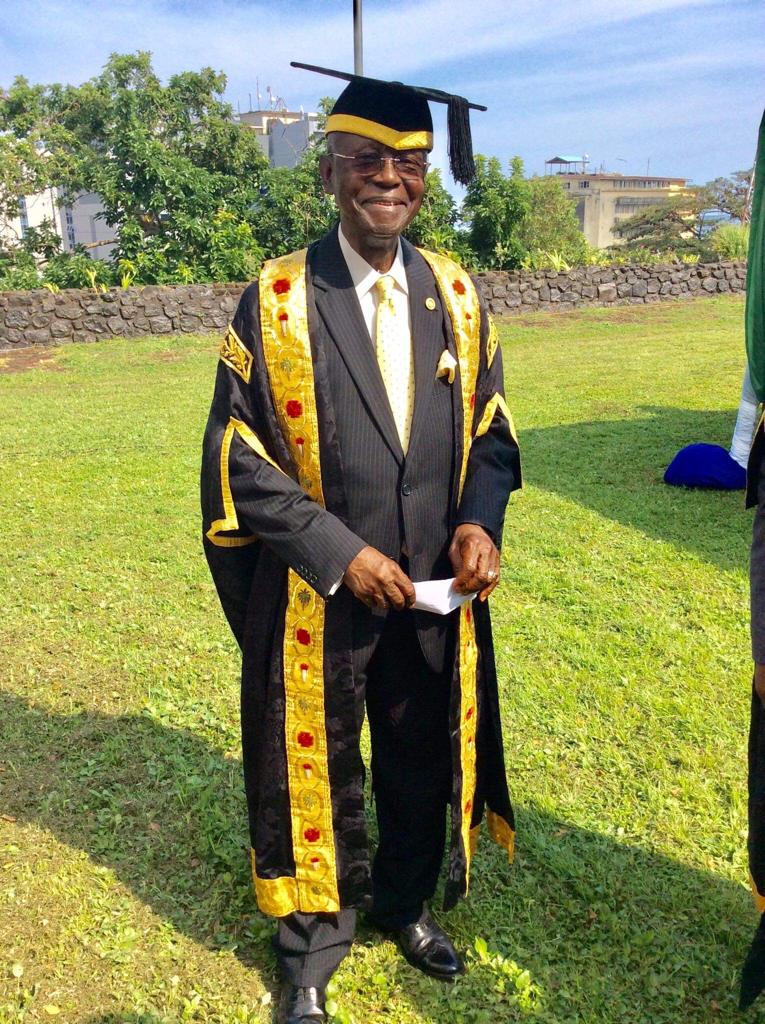 The new Chancellor of USL, Dr. James Sanpha Koroma, is an Economics Graduate of Fourah Bay College, University of Durham.  He holds post-graduate degrees from the Maxwell School, Syracuse University, New York State, USA, the University of Birmingham, UK, as well as an Honorary Doctorate of Letters from the IBC, Cambridge, UK.  He is a Fellow of the Institute of Directors, London, UK.  He has had an illustrious career spanning over four decades in the fields of economics, finance and banking in both public and private sectors, at home and abroad. Dr. Koroma is also the recipient of both the Grand Commander of the Order of the Rokel (2007) and Grand Officer of the Order of the Republic (2019).

Dr. Koroma started his career at the Ministry of Finance in 1974, where he rose to the rank of Deputy Financial Secretary.  He was Managing Director of the National Development Bank from 1986 to 1990 and Governor of the Central Bank of Sierra Leone from 1998  to 2003; he also held leadership positions in the UN System and African Development Bank, to name a few.  He is the Founder (1995) and Chief Executive Officer (CEO) of Union Trust Bank Limited.

It is therefore anticipated that Dr. Koroma will bring his broad and varied professional expertise and experience to his advisory and general supervisory role as Chancellor of the USL.

The abovementioned Ceremony was precipitated by the Universities Act of 2021, which saw the former Chancellor, His Excellency President Julius Maada Bio, historically fulfilling a promise he had made in his 2018 Manifesto of de-politicising and rendering Public Universities in Sierra Leone autonomous.

Addressing guests at the ceremony as former Chancellor of USL, President Bio expressed thanks and appreciation to the people who worked tirelessly in ensuring the new enactment. He further encouraged the New Chancellors to autonomously advance the vision of making Public Universities in Sierra Leone result-oriented, and remain respectable and renown institutions of higher learning.

Advancing the importance of the installation of the new Chancellors, the Minister of Technical and Higher Education, Professor Alpha Tejan Wurie said that the new Universities Act 2021, enhances independent and effective management of academic and administrative activities and services of Public Universities.