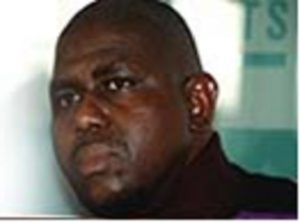 I am since January 2022 Chair of the Graduate Programme at the Faculty of Media, Communications, and Information Studies and Associate Senior Lecturer in Media and Journalism at FBC, USL. I am also Chairman and Information Commissioner, Right To Access Information Commission. Before this appointment, I was Senior Lecturer in Media and Politics at Northumbria university between  September 2011 and September 2018. I was Secretary General of the International Peace Research Association (IPRA) between 2012 and 2016 following my election at the organisation’s biennial conference in Japan on November 24-28 2012. In 2013, 2015, and 2016,  I was nominated Best Lecturer for student-led teaching by the Northumbria Students Union, and in 2014 for an award for Communication for Social Change run by the Centre for Communication for Social Change at Queensland University, Australia.

My background is in journalism as a reporter, editor, sub-editor and correspondent in Sierra Leone, France and the UK(www.ibrahimseagashaw.com). I am founder, editor and publisher of Sierra Leone’s award winning Expo Times newspaper published in print in Sierra Leone between 1995 and 1998, and since 2000 available online (www.expotimesonline.net). I worked as sub editor in London and correspondent in Paris for New African magazine between 2000 and 2003. I still write for Expo Times and other news outlets from time to time since moving into academia in 2007 and now in public life. I was postdoctoral fellow at the University of West of England between 2007 and 2009, and then Senior Research Fellow and RMS Project Manager until 2011. I joined Northumbria university in September 2011 as Senior Lecturer in Media and Politics.

I hold a PhD from the Sorbonne University of  Paris and have published over 35 articles and book chapters in leading academic journals, including the Journal of Global Ethics and International Communication Gazette, and with leading academic publishers such as Palgrave, Routledge, and Oxford University Press. I am author of  five books (two sole-authored and three co-authored) , including Business Journalism: A Critical Political Economy Approach. (2015, Routledge), and co-editor of Communicating Differences: Culture, Media, Peace and Conflict Negotiation. Palgrave Macmillan (2016); ‘Human Rights Journalism’ Palgrave Macmillan (2012) and co-editor of ‘Expanding Peace Journalism’ Sydney University Press (2012).  I have co-edited two other books, including the most recent one published by Palgrave, ‘Reporting Human Rights, Conflicts, and Peacebuilding’ (2019). I guest co-edited two issues of journal of International Communication Gazette and Journal of African Media Studies in 2012. I was recently commissioned by UNESCO to do a module on humanitarian journalism as a contribution to the revised UNESCO Journalism Education Model curricula (http://unesdoc.unesco.org/images/0022/002211/221199E.pdf) launched by the organization’s Director General in July 2013.I was editor of the newsletter of the Black and Minority Communication Commission of the Association for Journalism and Communication Education. Before taking up my post at Northumbria in 2011, I served as Senior Research Fellow in media and politics, and Project Manager of the Refugees and Migrant Support Hub at the University of West of England in Bristol. I also served as a Commissioner for the Bristol Legacy Commission between 2008 and 2011.

If you’d like a free consultation, please start by completing the form:

how can we help you?

Contact us at the  University office nearest to you or submit an inquiry online.